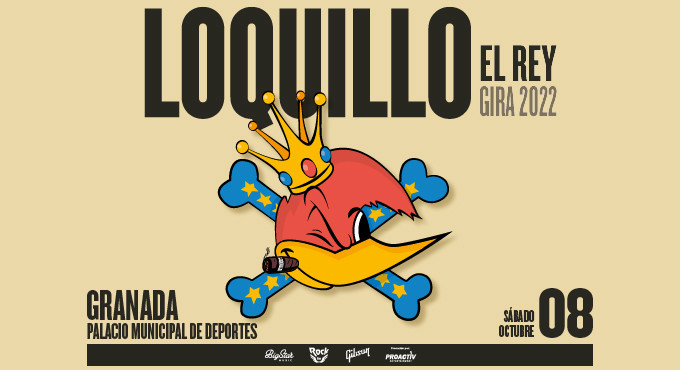 The new tour 'El Rey' 2022 of Loquillo will arrive Granada next October 8, 20022 and will do it in the Palacio Municipal de Deportes. Tickets already on sale.

Loquillo has announced the first dates of his expected new tour for 2022: 'El Rey'. Among the first confirmed cities, the national rock star will pass through Granada on October 8, 20022 and will do so at the Palacio Municipal de Deportes. Tickets are already on sale.

With this new tour, Loquillo will present live the new songs of his next album 'Diario de una Tregua', on sale next April 29th. Among them, 'El Rey', his latest single which gives title to the whole tour.

Do not miss this unique tour where we will enjoy the songs of this new work, along with some of his legendary classics, but from a different approach. As Loquillo himself says: 'People know a version of me that no longer exists: now there is only an abyss, my heart beats differently. It's the moment I was waiting for. I travel alone towards the abyss'.

Map of the enclosure